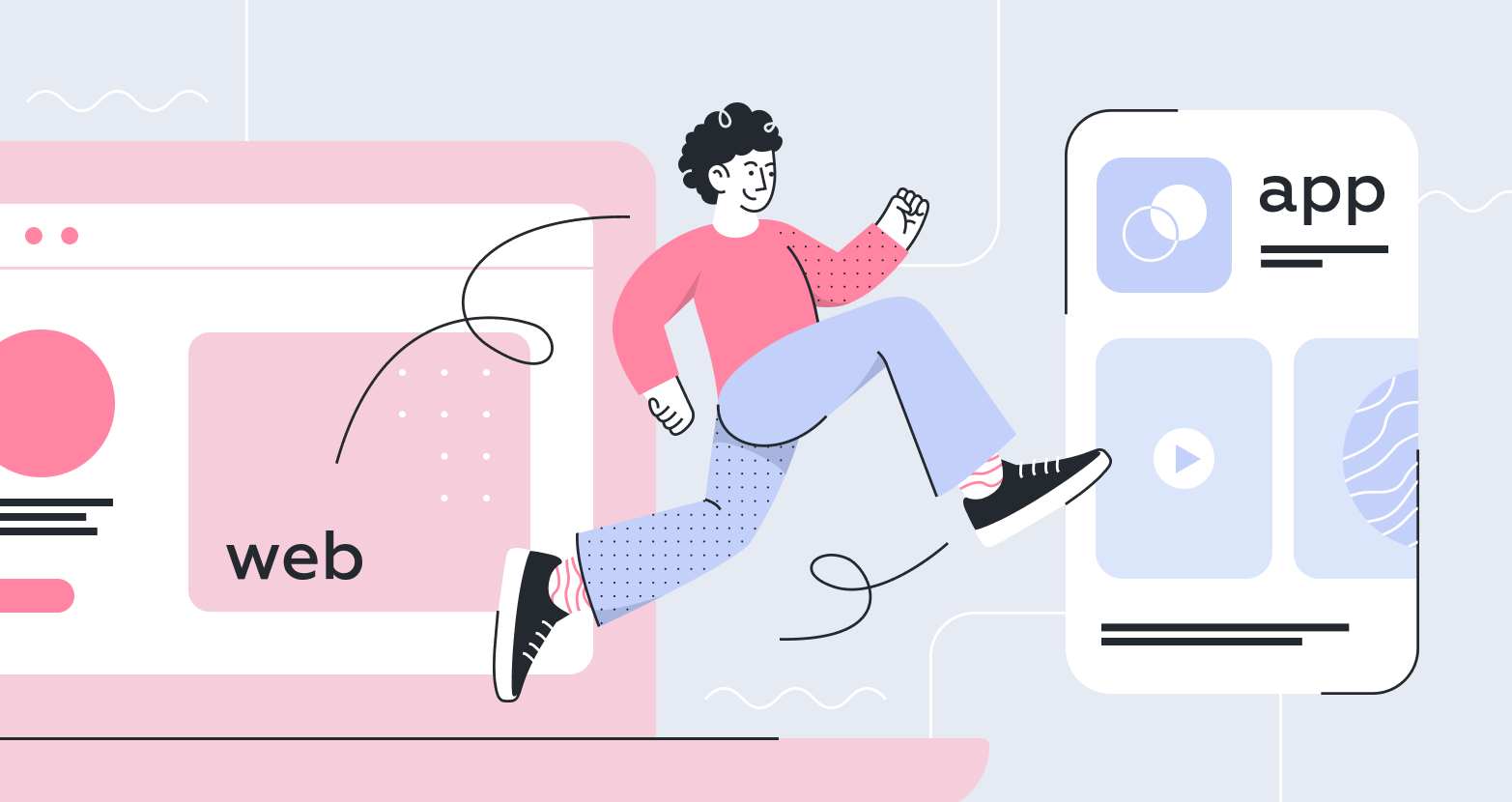 With the release of iOS 14.5, mobile app promotion through social media became less flexible. Now app developers must ask for users' permission to monitor their data and use it for tracking, end-to-end analytics, and retargeting. Not all users give this permission, so the new rules have sharply decreased the effectiveness of app promotion on Facebook and other platforms. Advertisers have to adapt to the new environment:

It is now also more difficult to optimize ad campaigns for conversion actions, and this is what decreases promotion effectiveness.

Where do we go from here? RocketShip HQ has done a research of successful advertising strategies for the Post-IDFA era:

We focused on the last strategy, the one using Web2App flow. It allows you to configure your ad campaigns the same as before — with maximum flexibility. Let's apply Web-to-App to Facebook and see how it works, what results to expect, and if the technology is worthwhile.

What is Web to App?

It is an alternative way to attract users that allows you to bypass the IDFA limitations. You can promote on Facebook using the "good old ways", without decreasing campaign effectiveness.

The process is simple: a user follows an ad and is redirected not to a store page directly but to a dedicated landing page. From there, he/she goes to the App Store and installs the app. With this, all the information about the user's behavior goes to Facebook Ads and can be used when optimizing Facebook campaigns.

Unlike in the traditional app-install campaigns, traffic is first directed to a landing page — and then to the App Store, to your app page, where the users download it. These can be all kinds of landing pages, from the very basic, containing the main USP, to various quiz mechanics. You can even use your own site — instead of creating a separate landing page. The landing converts site users into mobile app users.

The app events (installs, trials, purchases, etc.) are sent to the Facebook pixel. This enables you to see real-time effectiveness data right in the Ads Manager and use it to optimize web campaigns for the events inside mobile apps.

A user follows an ad onto a landing, and the data about their interactions with creatives is displayed in Facebook Ads. On the landing, the user clicks on a CTA button (for example, "Download") and is directed to the app page in the App Store. The landing uses custom tracking links, which allows the Facebook Pixel parameters to be transferred to the back-end.

When the user goes to the App Store and installs the app, the product analytics system transfers the in-app events data. These events are then matched against the Facebook Pixel and Facebook Click parameters from the landing. We return the data to Facebook Ads using Facebook CAPI as a server event, without delays. Facebook CAPI is a web solution, this is why a landing is needed.

Pros of the Web to App solution:

What results can you expect from Web2App campaigns: a case study by Appbooster

We are already using Web to App campaigns with Appbooster clients. For one of them (NDA, streaming service category), we configured both types of campaigns for their iOS app: the Web2App campaign and the app-install one. We were able to get results for both campaigns in the same project and compare them:

As we can see, the Web-to-App approach accomplished better. The CPI has decreased by 1,8 times, and the CPA decreased by 20%. The Web2App campaign also resulted in 2,5 times more installs and 40% more trials.

What are the prospects of this technology?

Major companies are already active users of Web-to-App. So, the answer to "Should I launch it right now?" is definitely "Yes". This technology is worth trying out before it becomes the industry standard and the competition intensifies.

You can configure Web to App on your own. However, if you would like to quickly run and test this solution for your projects, we are ready to help.

In Appbooster, we have launched a ready-to-use platform to process Web2App transactions: to start, you will only need to connect your landing to it and configure your Facebook Ads and tracker. Everything else is already set up: all the campaign data is accurately transferred to Facebook. We can configure and launch your Web2App for you: if you are interested in a turnkey solution, including landings creation and traffic purchase, fill in the form, and we'll work it out!

The goal of this summary was to provide an overall understanding of what a Web to App funnel is and how it works. If you have already set up Web to App in your projects, feel free to contact us and share your case studies, and let's discuss those together. 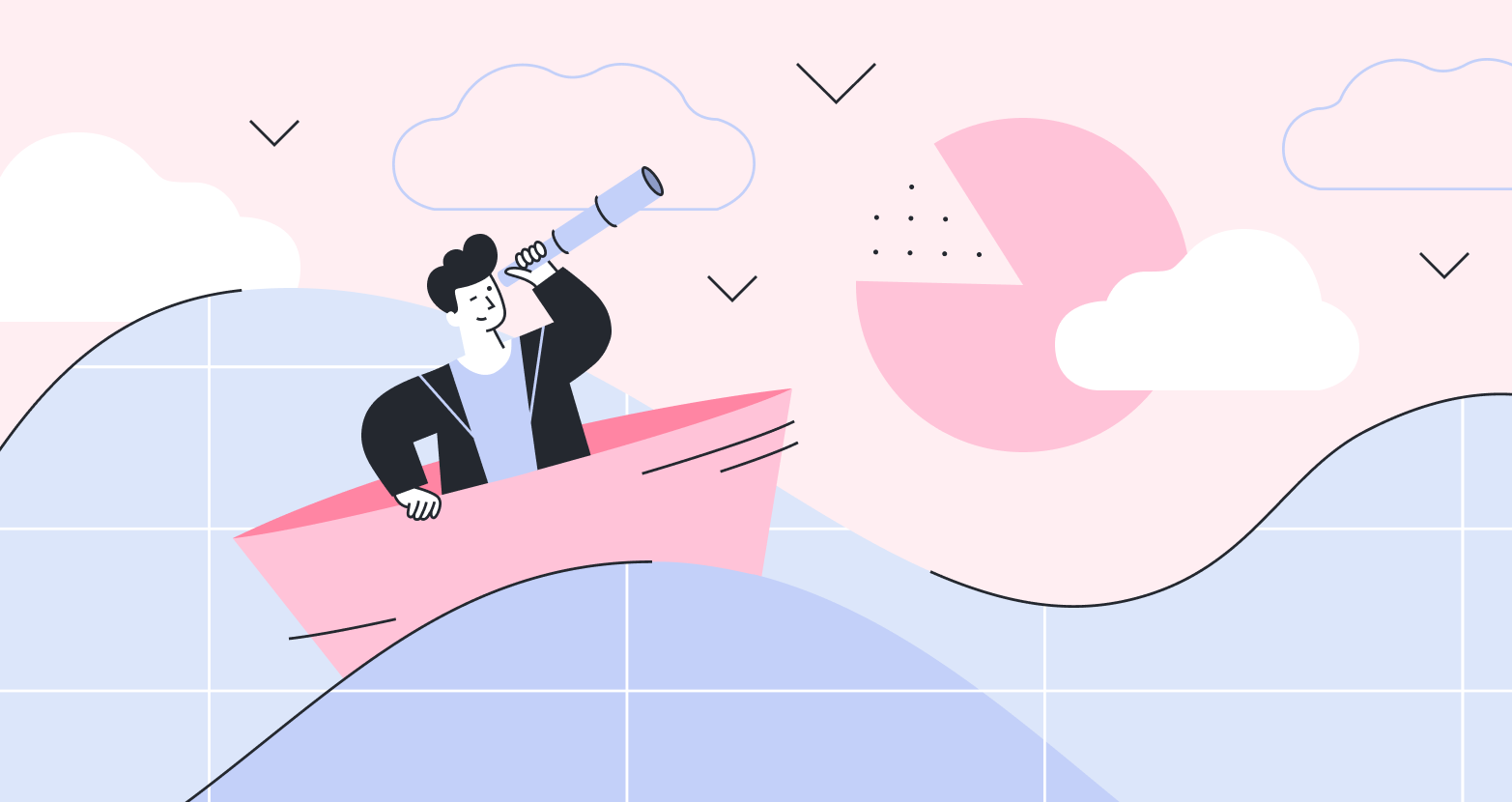